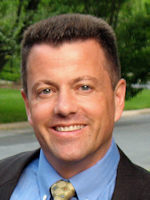 Dr. Lewis is the President and founder of the Brain Health Education and Research Institute. He is an expert on nutritional interventions for brain health, particularly the use of omega-3 fatty acids for the prevention, management, and rehabilitation of concussions and traumatic brain injury (TBI). He founded BHERI in late 2011 upon retiring as a Colonel after a distinguished 31 year career in the U.S. Army. His pioneering work in the military and since has helped thousands of people around the world and regularly featured in the media including CNN’s Sanjay Gupta MD show and numerous radio shows and podcasts. He is a graduate of the U.S. Military Academy at West Point and Tulane University School of Medicine. Dr. Lewis is board-certified and a Fellow of the American College of Preventive Medicine and the American College of Nutrition. He completed post-graduate training at Walter Reed Army Medical Center, Johns Hopkins University, and Walter Reed Army Institute of Research. He is currently in private practice in Potomac, Maryland (BrainCARE – www.BrainCARE.center), is a consultant to the U.S. Army and Navy as well as several organizations, institutes, and nutrition companies around the world, a founding member of the Pop Warner Youth Football Medical Advisory Board, and on the Board of Directors of National Collegiate Rugby. 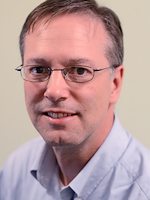 Mr. Thompson is Chief Executive Officer of the Brain Health Education and Research Institute.  In addition to oversight of daily operations, he develops new business and partnerships for the organization.  Active in the nutritional supplementation industry since early 2005, Mr. Thompson has strong insight into the efforts to improve health from a nutritional standpoint.

His knowledge of the issues facing education and change in mindset are invaluable to the Institute in its mission to help protect the brain health of people of all ages and situations. Mr. Thompson’s corporate experience ranges from technology integration and management of complex database development projects to managing service teams and creating marketing and training programs. He is also the founder and president of a small business focused on improving the health of the general public through lifestyle changes and pharmaceutical grade supplementation.

Mr. Montesinos is the Director of Research for the Brain Health Education and Research Institute. Carlos is a molecular biologist, formulation scientist, and a highly regarded speaker in the medical and nutritional education world. Carlos is sought-after for his scientific excellence, ethics and sincerity. He is the co-founder and Chief Executive Scientist of Nugevity, a leading provider of nutraceutical technologies, services and solutions to the biomedical sector. He works with NASA’s Johnson Space Center in Houston to develop nutritional technologies, and research their potential to enhance health. Under the auspice of a Space Act Agreement, these co-developed systems have been flown aboard both Space Shuttle, and International Space Station missions. In addition, he’s had the honor of consulting, collaborating and speaking at organizations such as The New York Academy of Medicine and The Royal Society of Medicine in the United Kingdom, among others. He is a member of the American Association of Pharmaceutical Scientists and was also one of the youngest professional tennis umpires in the history of the sport. 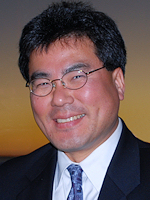 Dr. Lee is a Research Adviser for the Brain Health Education and Research Institute. With his distinguished career in the development of drugs and cutting-edge research of omega-3 fatty acids, Dr. Lee brings unique and valuable experience to the Foundation.

Dr. Lee is a senior scientist at MedImmune, LLC. Previously he spent seven years with Martek Biosciences where he was Executive Director of Innovation, Governing Board member of several multinational R&D collaborations, managed the pharmaceutical application of DHA (omega-3) and developed active pharmaceutical ingredient manufacturing processes for DHA omega-3 fatty acids.  He was also involved with developing and directing preclinical research to evaluate the effects of DHA on traumatic brain injury (TBI) and spinal cord injury (SCI).

He has been published extensively and has thirteen peer-reviewed publications, twenty one patents and patent applications, and one review chapter.  Dr. Lee has also been an active angel investor with New Advantage Group in Virginia.  He is a founder of BORA, LLC and co-founder of Corchip Technology.  He was trained at MIT, University of Michigan and University of Maryland as a chemist. Mr. Tomc is the Education Adviser for the Brain Health Education and Research Institute. An authority on evidence-based dietary supplements, Stuart Tomc is a certified natural health professional with over 25 years experience in the field of Nutritional Medicine. He is a former consultant to the World Health Organization and current adviser to integrative physicians worldwide, having traveled the world as an educator and trainer for over 15 years. With an accomplished background in media appearances, Stuart is adept at educating, entertaining, and delivering a powerful message on the important health subjects of today’s changing world. Stuart has contributed to four books on health and nutrition: Dr. Perricone’s Seven Secrets to Beauty, Health and Longevity, Dr. Bob Martin’s Secret Nerve Cures, Karen Masterson Koch’s Beyond Gluten Intolerance, and Mackie Shilstone’s Stop Renting Your Health, Own It. Stuart also co-authored “The Essential Debate,” a critically acclaimed review of the omega-3/omega-6 balance.

Stuart has been interviewed on air over 4,000 times, including on NPR, Let’s Talk Nutrition with Dr. Michael Garko, Health Talk with Dr. Ronald Hoffman, The Dr. Bob Martin Show, The Heart Show with Dr. Fred Vagnini, and The Duke & The Doctor with Dr. Jan McBarron. In addition, he has appeared on almost 50 television shows, including Know the Cause with Doug Kaufmann, and Nutritional Living with Dr. Ward Bond, among news segments on major networks like CBS, NBC, FOX stations, and their affiliates. Stuart has presented at over 250 natural health and product shows. He is well known for his print interviews and articles in trade and health publications.