Jesse Lawler and SmartDrugSmarts recently published (May 2015) a new podcast  at http://smartdrugsmarts.com/episode-77-omega-3-shoot-out/   Here is their promo:

Dr. Michael Lewis is back!  This time he helps Jesse organize a shoot-out between the various types of Omega-3-fatty-acid-containing foods and supplements.  (Omega-3’s, you may remember from Dr. Lewis’ previous episode, play a crucial role in brain, heart, and circulatory health.)  From production methods to bio-absorption percentages to dosage, diet and dangers; everything gets thrown around as the fight gets underway…

September 7, 2014Topic: The benefits of omega-3s for athletes – helping to prevent brain injury, and supporting recovery, if injured
Special guest: Dr. Michael Lewis is the President of the Brain Health Education and Research Institute, which he founded upon retiring from the US Army after a distinguished 31-year career.

Hey Washington, DC, be sure to tune in Sunday, Sep 7, 10-11 am on 1500 AM, Federal News Radio (WFED):
“Essentials of Healthy Living” Radio Show, Host: Dr. Kevin Passero
Topic: The benefits of omega-3s for athletes including preventing injury and brain injury recovery
Guest: Dr. Michael Lewis is the President of the Brain Health Education and Research Institute, which he founded upon retiring from the US Army after a distinguished 31-year career. He is a graduate from the US Military Academy at West Point, Tulane University School of Medicine in New Orleans, and did his postgraduate training at Walter Reed Army Medical Center, the Johns Hopkins University School of Public Health, and the Walter Reed Army Institute of Research. Dr. Lewis has years of experience developing programs for the military on the use of omega-3 fatty acids and traumatic brain injury and suicide prevention. His work has been featured on CNN’s Sanjay Gupta MD show, numerous radio and television spots, and around the world at scientific and nutritional conferences where his insights and pioneering work have impacted thousands of lives.

Be sure to tune in Thursday morning at www.foxbaltimore.com for Fox Baltimore (Fox45 Morning News). Dr. Michael Lewis, retired Army Colonel and president of Brain Health Education and Research Institute, will be discussing preventing and treating concussions on the playing field

“Rise in brain injuries may be linked to bike-sharing programs”

Be sure to read the latest peer-reviewed manuscript publication, a review article by Dr. Lewis in Agro FOOD Industry Hi Tech.

You may have to register to get the article, but registration is free.

CNN’s Sanjay Gupta spotlights another case where high doses of omega-3s had a substantial benefit on a 16-year old boy who was hit by a car and suffered a severe brain injury. The parents, John and JJ Virgin (JJ is a well known health and wellness author), were contacted by the Brain Health Education and Research Institute suggesting high doses of fish oil. The rest of the story is amazing. Stephanie Smith, the CNN producer who brought you the story of Bobby Ghassemi, writes the accompanying article for Grant Virgin’s story.

CNN’s Sanjay Gupta spotlights another case where high doses of omega-3s had a substantial benefit on a 16-year old boy who was hit by a car and suffered a severe brain injury. The parents, John and JJ Virgin (JJ is a well known health and wellness author), were contacted by the Brain Health Education and Research Institute suggesting high doses of fish oil. The rest of the story is amazing.

We are pleased to announce that the Brain Health and Education Research Institute has been granted 501(c)(3) tax-exempt status as a public charity by the U.S. Internal Revenue Service. Contributions to the Institute are deductible under section 170 of the US Code. 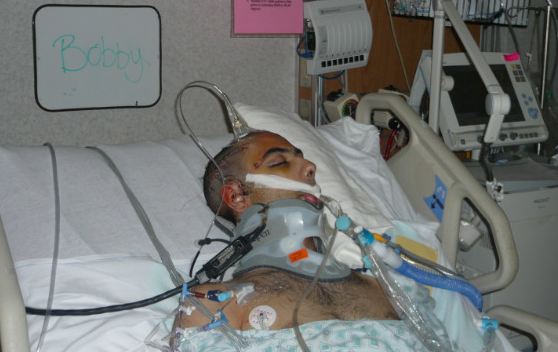 Research published last year by Brain Health Education and Research Institute’s Michael Lewis, MD, in the Journal of Clinical Psychiatry reported that active duty military with lower blood levels of omega-3 fatty acids were 62% more likely to have committed suicide compared to those with higher levels. The case-control study was reported widely in the news including CNN and the front page of the USA Today. Since then, Dr. Lewis and his NIH collaborator and psychiatrist, Joseph Hibbeln, MD, have been advocating for a prospective study to further evaluate their seminal findings.

This week, the military announced they are funding a three-year study to do just that. In cooperation with the NIH, researchers at the Medical University of South Carolina led by Bernadette Marriott, PhD, a professor in the Clinical Neuroscience Division of the Institute of Psychiatry, will test whether omega-3 fatty acids found in fish oils can relieve the anxieties and quiet the suicidal thoughts plaguing many combat veterans.

“The potential good versus the potential extraordinarily low risk and low cost make this a type of intervention that can be – if findings are warranted – rolled out extremely fast and on a large scale,” said Dr. Ron Acierno, a co-investigator on the project at USC. “Omega-3s are among the primary fatty acids in the brain… They’re responsible for neural generation and neural repair – for new neurons to be made and for broken ones to be fixed.”According to Dr. Hibbeln, “Research conducted in our lab [at the NIH] during the last 20 years points to a fundamental role for omega-3 fatty acids in protecting against major depression, substance abuse and other problems. Here we hope to be successful in understanding if omega-3 may play a role in reducing risk of severe suicidal behaviors among U.S. military veterans.”

While Dr. Lewis is not directly involved in this project, he adds, “It is great to know that the results of my research and one of the directions we’ve been asking the military to pursue are paying off. My good friend and US Public Health Service physician, Joe Hibbeln, was able to submit the proposal to DoD after my retirement from the Army and arranged for Medical University of South Carolina to take the lead. MUSC has the potential to do a fantastic job with this and we hope that the results will be quick and positive so we can start making a dent in the problem of military suicide with something simple and inexpensive as omega-3s.”

Another co-principal investigator of the study, Hugh Myrick, MD, said, “This study represents a novel intervention that could reduce the risk for suicide. If the results are positive, the impact on veterans, our current military personnel, and society will be immeasurable.”

Dr. Lewis was the special guest of Dr. Garko on TalkZone’s “Let’s Talk Nutrition” for the full two hour show Wednesday, March 28th.  It was an amazing show with tremendous information to help understand the correlation between TBI and Omega-3s.

Here are links to recordings of the two one-hour segments of the show:

(Please note – These links may not play in Chrome Browser due to a limitation in the browser software.  Please use Internet Explorer, Firefox or Safari)

The recent escalation of US military suicide deaths to record numbers has been a sentinel for impaired force efficacy and has accelerated the search for reversible risk factors.

To determine whether deficiencies of neuroactive, highly unsaturated omega-3 essential fatty acids (n-3 HUFAs), in particular docosahexaenoic acid (DHA), are associated with increased risk of suicide death among a large random sample of active-duty US military.

This US military population had a very low and narrow range of n-3 HUFA status. Although these data suggest that low serum DHA may be a risk factor for suicide, well-designed intervention trials are needed to evaluate causality.

COL Michael D. Lewis , MC USA * ; Julian Bailes , MD †
ABSTRACT Nutrition has traditionally involved in supplying energy and hydration. An emerging concept developed by the authors is the concept of using omega-3 fatty acids (n-3 FA s) to increase the resilience of the brain. The n-3 FAs have numerous proven benefi ts including support of cardiovascular and psychiatric health. Docosahexaenoic acid in particular, is found in high concentrations in the brain. N-3 FAs provide benefi ts by exerting a protective mechanism at the cellular and neuronal levels including the modulation of infl ammatory cascade following traumatic brain injury.

Promising research and evolving clinical experience now indicate that n-3 FA is useful and effective for recovery following traumatic brain injury. More exciting is that new laboratory research shows the benefi cial effects extend to when n-3 FA is given before injury. Given the safety profi le, availability, and affordability of n-3 FA, Generally Recognized As Safe amounts of eicosapentaenoic acid and docosahexaenoic acid (up to 3,000 mg daily) should be considered for the athlete and soldier, not only for its general health benefi ts, but particularly also for those at risk or high exposure to brain impacts. A comprehensive, coordinated research program to evaluate the multiple uses of n-3 FA should be a high priority for the Department of Defense.