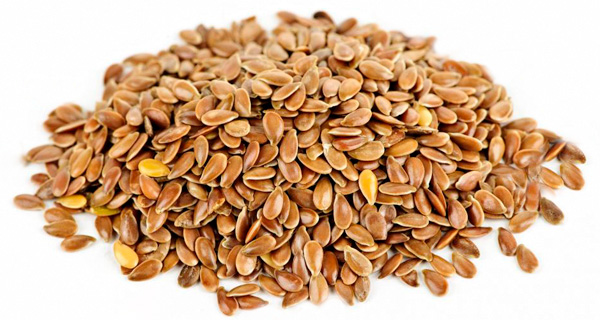 I’m often asked if a person should take flax seed since it is very high in omega-3s. And yes, flax seed is a good source of short-chain 18-carbon length (ALA) omega-3s and a fantastic food. However, the elongation process to make 20 and 22 carbon length (EPA and DHA) in mammals is very poor (<1%) and even worse in the face of competition with omega-6s. Subsequently, flax does very little for the brain where DHA is the most important of the omega-3s. EPA and DHA must be consumed in the diet to make a difference. Vegans often have the worst omega-6:3 ratios because, while they typically consume lots of short chain omega-3 leafy greens, they don’t get enough long chain omega-3s to counter the pro-inflammatory omega-6s. But don’t get me wrong, leafy greens and flax are extremely important foods and far under-consumed in the typical American diet.

In reality, the source of omega-3s are vegetarian in origin – grasses on land and algae in the sea. Grass-fed beef, lamb, pork, and chicken are important sources of short and long chain omega-3s. The problem in the American food chain is that they are uncommon and usually expensive. Most animal meat in the American grocery store is grain feed – fed with soybean and corn feed, the largest source of pro-inflammatory omega-6s in our food chain (and negligible amounts of omega-3s). My family eats at least one dinner a week of wild caught Alaskan salmon, often a dinner with wild tuna, and no one eaves the breakfast table without taking a big dose of omega-3 supplements. My 12-year old son, 14-year old daughter, and my wife take four capsules of concentrated omegas providing about 2400mg of long chain omega-3s – daily! I take five capsules. I don’t know why, I just always have.

For vegetarians out there, in addition to omega-3 rich marine animal based fish oil supplements, available in the marketplace are algae-based omega-3s, typically DHA dominant. They are starting to come out with mixes of EPA and DHA which I believe may be better for overall health. Some are vegan and kosher certified. The effect I’ve seen in vegetarians taking omega supplements is amazing. I’ll never forget one mother of three active boys who after one week said to me, “I didn’t know I could be this calm!”

So don’t throw out your flax and stop eating leafy greens. A spinach and romaine salad is a staple in our house. Just make sure you add a dose of long-chained omega-3 fatty acids one way or another.